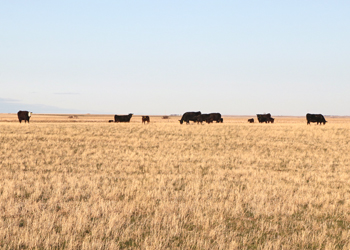 On March 26th, a public hearing was held at the Rosebud Sioux Tribal Office building to hear concerns from grazing operators about changes made to the grazing resolution for the first time since 2016 and to allow officials to offer clarification about some of the changes.

A number of issues were brought up at the hearing – contract length, cattle prices, civil trespass, the sex offender registry, brand inspections, prep fees, subleasing, bidding, and how funds are dispersed or used were all topics of discussion. But the one that overshadowed everything else such that it could be considered an ‘umbrella’ topic, was compliance.

Most of the 7 or 8 grazing operators in attendance (by one participant’s headcount), voiced concerns over compliance checks with a primary concern being that four independent entities were conducting them without any cooperation or sharing of information. Bureau of Indian Affairs (BIA), Sicangu Oyate Land Office (SOLO), Tribal Historic Preservation (THPO), and Tribal Land Enterprise (TLE) were mentioned most frequently, but it was noted that other agencies such as South Dakota Game, Fish, and Parks might also in some instances conduct compliance checks.

While the lack of communication between those entities conducting compliance checks was a big matter, the lack of knowledge on the part of compliance officers is another major concern. Many officers need more training on cattle and issues that come up on ranches. For instance, some of them cannot distinguish between different classes of cattle such as heifer and bull calves, yearlings, cows, and bulls. Some don’t check to see if different herds have mixed due to a fence coming down because they haven’t been trained to look at brands and see if the cattle all belong to the same owner or multiple owners. When compliance officers find a problem, they might not make an attempt to communicate the problem to the permittee, but rather go back to their office and write a report that results in a letter being sent to the permittee to informed them of an alleged trespass issue weeks later.

After hearing the expressed concerns, Rosebud Sioux Tribe Attorney General Lloyd Guy gave his perspective on the matter. “To be compliance, as I’m learning and understand from these conversations and being through this ordinance more than once, if you’re going to be compliance around here, you’ve got to be expert at a lot of different things. The cattle, that’s certainly one, you better know the difference one or the other especially if you’re trying to figure out who is violating or not violating,” said Guy.

Guy agreed with a couple of operators who commented that they thought the BIA should take the lead in compliance because it is the government entity that has the trust responsibility. “I agree that BIA should kind of have the central role in this because in my humble opinion if the tribe tries to take too much of that role, it opens it up for the BIA to kind of abdicate from that responsibility as well. I think they need to be kept in this as much as possible because I don’t want to give anybody any excuse or any way to look at it like “oh the tribe is taking this over so we don’t have to deal with it”. No, the thing is they owe us that trust responsibility,” he said.

Bureau of Indian Affairs employee Sonny Farmer was present at the hearing and offered his perspective on the matter of compliance. “As far as compliance goes, I think there’s always a lot of confusion between each department, the permittees, and the leasers on the compliance. At the Bureau, there’s farm pasture leases and range units. So there’s two different departments at the Bureau that handle them two different types of land. Then we have TLE that we all know of the land they manage and SOLO that assists with lots of that and THP assists with lots of that,” said Farmer.

“A lot of our calls we get to do compliance is always complaints. People that call in that take up a lot of our time with complaints that we gotta go check and do this and that. We do try on the range units to check each range unit at least once every year. This last year was tough with the pandemic going on and just fielding calls,” added Farmer. “Before the pandemic, we talked about a certificate of training so that we would be on the same page. There’s compliance out there but they do have different duties with different types of lands. As far as the range units and what we’re taking about here today with the grazing resolution, the compliance is moving in the right direction, but we’ve been taking some baby steps in conjunction with THP, the land office, and the Bureau. Hopefully we can get out and do more compliance – that’s our plan.

There seemed to be support for consolidating compliance into one office or agency that would disseminate reports and findings to stakeholder agencies, and remove the task from the hands of those agencies. Creating a single system that all agencies could contribute to was another alternative that some said would decrease the amount of miscommunication and allow each to see the same information.

“We have the capability to make this happen,” said Lloyd Guy. “One group of nothing but compliance officers that are gonna kind of have to be a jack-of-all-trades. Later he added on the topic, “If it’s a single department for compliance, then you can go to the director for that department who can then go to the four different agencies with their findings on an inspection.”

A couple of grazing operators along with Sonny Farmer wondered whether the grazing resolution was going to be written from scratch every five years, rather than simply amending the sections that needed to change.

“It’s getting to the point that we are re-doing the whole grazing resolution instead of amending portions of it that need to change. What is going to happen if the council approves or disapproves in the middle of a contract period? Timeframes have to be considered and affected people need to know. In the past, improvements for trust lands were the primary reason for a 10-year contract. It gives opportunity for all tribal members to get involved in these cost-share programs,” said Farmer, who then added, “There is already a process for a lot of things addressed in the new resolution.”