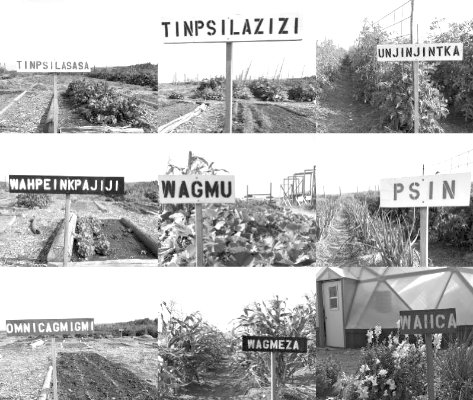 2017 Todd County graduate Foster Cournoyer-Hogan was more than a little surprised when he checked his email in August and found an invitation to be part of a four-person panel at a conference in Denver. The conference, held August 29, at the Oxford hotel, was part of an effort by the American Indian College Fund in seeking equity for Native American students attending institutions of higher learning.

The conference was held in Colorado as a response to an incident in May of 2018, on the campus of Colorado State. A woman, on a campus tour, called police in response to two Native Americans on the same tour, making her “nervous.”

At first Cournoyer-Hogan wondered if he was the right person for the panel.

“At first I was hesitant, but after visiting with my family they told me I should go and that I would make some great connections,” he said. “I guess I just kinda figured my story and my perspective could help the next generation of Native students feel safe and comfortable and thrive.”

In addition to Cournoyer-Hogan, the other three panelists were a student from Colorado State, a student from a Tribal College and a female student that had recently graduated with her Masters, who is now teaching in North Dakota.

“We talked about why higher education is so important to indigenous people,” he said. “We were asked to speak about challenges we’ve faced, how can higher learning institutions improve the Native experience and what institution we were at, how we heard about that institution and what our major was.”

* Insensitive Comments: Are you going to school for free?

* Being homesick: Feeling alone at institutions, some schools forget about the Natives once they come to school.

After spending his freshman year at Stanford, Cournoyer-Hogan had some perspective on how his college choice does well acclimating Native American students to school, but could do better.

Stanford has a strong Native American studies program and the university counts studying of indigenous languages as meeting the school’s language requirements.

“One thing Stanford could do is to be more diverse,” he said. “I was the only Native from my Tribe and it would be easier if they picked several students so we wouldn’t be by ourselves.”

Having spent a year in California and after participating in the conference in Denver, Cournoyer-Hogan has a bigger grasp on the higher learning of Native American students.

“Students don’t fail the institutions, it is the institutions that are failing the students by not finding them the support mentally and spirituality that would help keep them in school.”

Cournoyer-Hogan said he was asked to participate in the conference after Emily White Hat read his profile for a summer internship with Redco’s Food Sovereignty Initiative Program. Cournoyer-Hogan spent this summer working in a garden in the mornings and in the Redco office in the afternoon.

“We planted and harvested and weeded and got the green-house ready,” he said. “One of my bigger projects was making wooden signs, using the Four-Directions colors to identify the vegetables or plants in Lakota.”

When Cournoyer-Hogan was in elementary school he learned how to say some words in Lakota. Entering his sophomore year, Cournoyer-Hogan can now speak entire sentences in his Native language. He says those language classes helped him find himself.

“If I hadn’t taken Lakota Language the first year I would have struggled,” he said. “When you study the language you learn the culture and taking these classes helped me stay connected to home even if I was far away.”

Cournoyer-Hogan’s Stanford family will grow by one this fall as cousin David Espinoza will join him on the campus in Palo Alta.

“It’s going to be a great year for him,” he said. “I’ll help him with academic questions and guide him to the support available and show him what opportunities are on campus.”